Funny, how so many of us become attached to objects because of the memories associated with them.  How many of us have concert or movie ticket stubs from a first date or first time attending such an event?  I know I do.

My father passed away earlier this year (see “Dad (Warning, He Cusses)”).  Between then and now my Mom has been going through his things inside the house and either giving them to family and friends or donating them.

A little over a week ago, my sister and her family arrived at my Mom’s for a visit and to aid my Mom in going through my Dad’s remaining affects.  This includes things in the garage – outside the house.  What’s there? 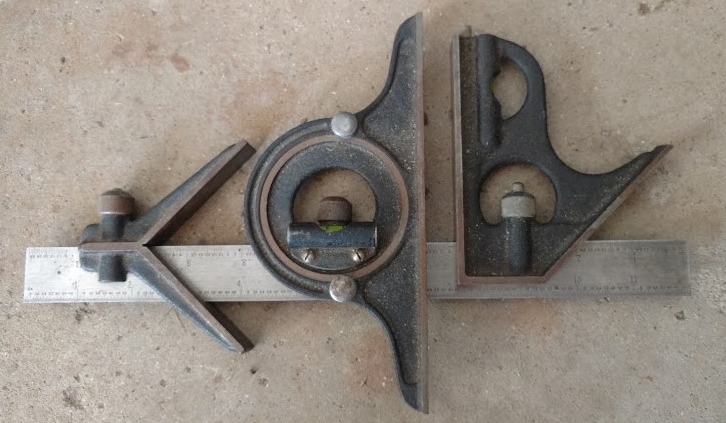 My father was the consummate do-it-yourselfer.  Anything that came up around the house that needed repairs or renovation was completed by my Dad.  I can remember only three times when a ‘professional’ was called in to do a job.

When my Dad would work on a home project he would always include me.  When he needed a tool for a job he would say, “The money I save by doing the project pays for the tool.”  Consequently, his tool collection constantly grew; and so did my memories of time with Dad.

For me, what lies in the tool boxes in my parent’s garage is not really a collection of tools but is instead a collection of memories.  And for any tool named I can recall a project, or projects, in which we used that tool.

So it’s not easy hearing about the dismantling of this collection of tools; of memories.  Each time a tool is set aside for a family member, a few memories go with it.  It feels like small parts of me are going too.

My sister has asked me if there’s a special tool I’d really want in memory of my Dad.  How do I say yes to one and no to another?  Every tool is special to me.  I don’t need any tool in particular as I grew my collection of tools in the same way my father did; so I have no objective way to identify any tool in particular.  And it’s not like there was one project in particular where in a tool was used that I’d want.

Well, that’s not entirely true – my Dad and I built my stereo system’s speakers and they sound great!  But the tools used in that project are the same as those used in any wood working project and so no tool rises above the rest.

Perhaps that’s not entirely true either.  My Dad gave me a tape measure when I was in high school.  That tape measure was used not only by my father but by his father as well.  So with it came my father’s memories in addition to my own.  But is that enough?

The irrational part of me wants to claim all the tools.  I want to protect the collection of tools and memories.  But, the rational part of me knows it’s selfish and uncaring to make such a pronunciation.  I know other family members have their memories of Dad/Grandpa and his tools; I want them to have something to keep those memories alive as well.

I don’t envy my sister’s and Mom’s efforts in passing out all those tools among the family members.  I know they’re being as fair as they can be.  And I trust them.

I’ve told them I’d be happy with anything and that I’d appreciate about a third of the tools as I’m one of three kids (my younger sister, my older sister that passed away, and myself).  That leaves a third for my younger sister and the remaining third to go to the children of my older sister.  But the truth is, anything I might receive is really enough.

I wonder what my Dad would say or do were he with us.  I know he’d want them given in the way my Mom and sister are doing.  But I wonder if he’d see his collection of tools as a collection of memories as well.  He never presented himself as especially sentimental – except when dividing out the belongings of his parents and grandparents.  So what does that say about how he’d feel about his own belongings?  I’m not sure.  I only know that the rational, practical side of him would want his tools to get used by the family.

I miss you Dad and I miss working side by side with you.  We accomplished so much.  Perhaps those are all the memories I need. ~jdoe